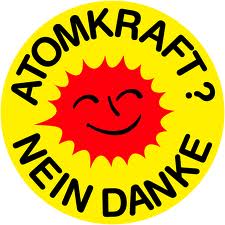 In June of 2011, Germany made perhaps the most significant and gutsy move made by any nation to date in order to boost renewable energy production and (eventually) reduce emissions. In the wake of the Fukushima disaster (which marked its 2-year anniversary just the other day – have a look at this amazing before/after photo series from the Atlantic), and under significant pressure from the German people and rival parties, Merkel's administration pledged to shut down all nuclear power plants in Germany by the year 2022. This move represents a huge step in the so-called Energiewende ("energy transition"), whereby all non-renewable energy sources will be phased out in favor of renewables. In Germany's case, the latter have consisted largely of photovoltaic and wind energy, which at their peak now account for more than 20% of Germany's total energy use. More than any other Western nation, Germany has acknowledged the energy problems ahead of us, and the world will certainly be watching closely as they try to tackle the challenges of rapidly ramping up renewable energy production. They'll also watch Germany take a big lead in implementing these technologies.

In the following, I'd like to take a look at how Germany got here, and why they in particular have stepped away from the status quo in this case. In doing so, I'm hoping to avoid the whole debate on the merits or weaknesses of nuclear power; instead, I'd like to focus on how German culture and politics led to these developments.

Although the Fukushima event was the proverbial straw that broke the camel's back, the recent political push toward the Energiewende is actually the end product of decades of activism going back to the 1970s, when Germany' aversion to nuclear power began. As the Wirtschaftswunder (the "economic miracle") rolled on in the West during the 50s and 60s, demand for power rose, and the relatively new technology offered by nuclear science filled the gap. But of course it wasn't long before the first (big) problems arose, and the German people rose up along with them. Back in those days, the spectres of nuclear power gone wrong were the Three Mile Island disaster in the U.S. and the Chernobyl explosion in the Soviet Union. If that didn't hit close enough to home for many Germans, then the proximity of planned nuclear waste storage facilities to people's towns and homes was enough to drum up popular support for the Anti-Atomkraft movement. To this day, this German movement against nuclear power has been stronger, more widespread, and more sustained than anywhere else in the world.

More importantly, however, the Anti-Atomkraft movement was part of a much broader and more fundamental environmentalist movement in Germany that continues to define the country's politics and the psyche of the populace to this day. Though I think many would agree that the environmentalist movement in the United States began much earlier, with conservationist pioneers such as Aldo Leopold (who, incidentally, was just profiled today on NPR) or looking even further back to John Muir, there isn't a shadow of a doubt that environmentalism in policy and practice is far more advanced in Germany than in the States today. There is a significant chunk of the U.S. populace that doesn't see any reason to change daily habits, conserve energy, or modify public energy policy in the face of environmental change.

Setting aside the obvious reasons for this development that are certainly rooted in our very different political systems, I think one of the big reasons for this disconnect in public opinion and behavior is the vast difference between the post-war worlds experienced by the Germans and Americans. Before the Wirtschaftswunder really had a chance to take hold in Germany – and of course during the latter part of World War II – an entire generation of Germans grew up in an environment of heavy rationing and shortages that left no other option besides adopting a lifestyle of Sparsamkeit (thriftiness). Nothing was wasted, everything used, reused, recycled and repaired. I think many also forget that much of this generation is still living today, and their offspring undoubtedly retain many of these characteristics in their daily lives simply because it's the way they were brought up.

By contrast, the U.S. came out of World War II as rich as ever, with a young population just beginning to realize the scale of vast natural resources at their fingertips. Combined with a pretty liberal capitalist/expansionist economic model, consumerism boomed, and the conservationist/environmentalist movement that had such strong roots in the U.S. fell into the background. Though books such as Rachel Carson's "Silent Spring" found a broad readership, a real movement never gained significant political traction. What the Germans call the Wegwerfgesellschaft (literally "throw-away culture") had been born, flourished, and spread out of the U.S. during this period. My favorite statistic in this vein is average per capita water consumption: although Germany is far from the being the best in the world, they still use about 1/3 the amount of water as the average American. Some of this is simple personal awareness of waste, but a lot of it is the availability of products such as water-saving toilets and fixtures, which have only just begun to be commonplace in the States.

Bringing this back to the issue of nuclear energy, the Energiewende and the environment, I think the social climate of the late 1960s and 70s in Germany provided the perfect environment for all of these factors to come together: the confluence of anti-consumerism, anti-materialism, the cult of growth and corresponding disregard for nature, and finally, the nuclear accidents, all served to fuel the movement that resulted in Germany's giant step forward in the Energiewende. I think that one of the most interesting aspects of the phase-out of nuclear in Germany is that it came from the Conservatives. Granted, Merkel's CDU party prior to Fukushima was singing a different tune about nuclear power, but in Germany (in contrast to the U.S.), conservatism is not automatically associated with a reduced interest in pursuing renewable energy. Furthermore, the flexibility and willingness of a politician to change a political standpoint based on relevant events is a place where the U.S. can learn a lot from the Germans.

One final point in connection with this issue is that public demonstration and public opinion are heeded in a much more real sense in Germany than in the states. It's not that protest is dead in the U.S. – quite the contrary, and on both sides of the political spectrum – both the Tea Party and Occupy Wall Street are strong evidence that Americans are as actively political as ever. The problem is that politicians in the states don't answer to the public any more. The German word of the year in 2010, "Wutbürger" (angry citizen), was coined to describe people acting in response to controversial public projects and initiatives, and in many cases their actions have led to real change (see Stuttgart 21, the Berlin-Brandenburg Airport, and the Gorleben nuclear waste storage facility). Although these demonstrations can become tiresome at times, and their efficacy is far from perfect, they are a sign of a healthy democracy, where a real interface exists between public opinion and the actions of politicians.
Posted by Unknown at 6:43 AM